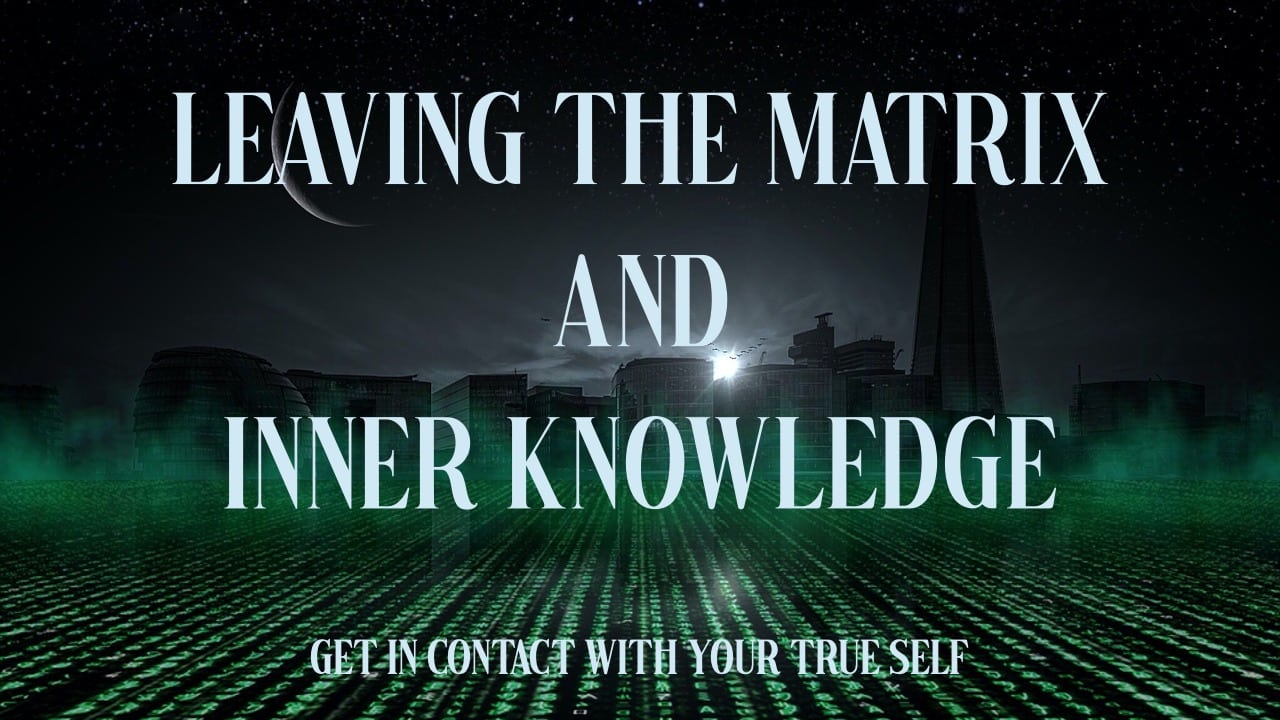 Spiritual Propaganda and Relativism vs. Dissociation

In our world, people argue about what’s right and what’s wrong, about scientific and unscientific, serious and dubious, bad and good politics, about propaganda and truth … It is quite obvious, and I agree that in politics a lot of propaganda is spread. Each party is saying that each of them speaks only for itself, so that she will e the one that wins. For many centuries it has been no longer a question of finding the truth by political means, which would be better or worse for the world, but for the electorate, the increase, and the money. Global interests, human dignity, environmental aid or human dignity are rather secondary and an annoying evil, with which we have to deal with as a politician…

What most esotericists, shamans, Christians, Angels, Galactic Supporters, Buddhists, Mormons, Jehovah’s Witnesses, Gurus, Amish People, Satanists, Chaostheoretics, Gnosticans, Mages, Magicians, Wizards and I do not know, is the fact that, as in politics, there is a considerable mass of propaganda throughout the spiritual sector. It is certainly not the responsibility of the respective topic itself, whether angels Metatron and Kryon are sitting on cloud 9, building aliens on Sirius on a space ship to evacuate millions of people, Atlantis now perishing in the Mediterranean or the Pacific, or whether the heart chakra is now green or pink, but relativism. Relativism is a philosophical way of thinking, which has been very widely spread among esotericists and spiritualists and regards the truth of statements, demands, and principles as always conditioned by something else, and denies the existence of absolute truths. Exactly for this reason the seekers no longer see the forest in front of the trees. The esoteric propaganda has made the truly searching spiritualists a collection of grouped followers of some ideologies that are now fighting each other instead of working together. We now have the dilemma and some believe in a galactic federation waiting for our liberation with spaceships in the universe, others believe in the channeled spirit Kryon, who tells of light ships, and also others believe in the healing effect of assembled iron bars who are forming an energy pyramid, or others are just carrying the latest messages from the most brilliant New Age guru and others are heading into the wilderness to find their soul’s salvation and enlightenment.

If you take a look into an esoteric forum, you will always see the same game: Someone asks a question, then the few first answers the question is answered, but after the tenth answer the question is criticized and after fifteen answers the writers argue with each other. It is simply about who’s right. So the eager seekers discuss for years in some forums and are … yes, what are they? They are quiet! They pound their accumulated knowledge from books, taught by angels and gurus, into the keyboards until they die. And what have they finally done?

Relativism is, therefore, the source of the problems, for a philosopher thought that it was a good thing to bring discord among the spiritualists, so he produced the belief that the truth is always subjective. It is impossible to find the truth that unites everything and makes everyone clear to understand. At this point, it is impossible for me to say something against relativism, because my views are based on the mind at this moment and are as subjective as those of each other. So I have no choice but to agree. But the realization that every faith, no matter how idiotic, should be acknowledged and respected, does not allow anyone to refute the words of that philosopher who had so eagerly inspired Relativism to ignite the devastating bomb and the Tower of Babel. The entire spiritualist camp had been successfully infiltrated. Everyone was looking for an individual and no longer for the objective truth.

Subjectivism or individualism is a similar affair to relativism, because I often meet with people who say: “Everything is subjective and individual. But how can you claim this or that?” We are not a collection of 7.5 billion individual individuals who possessed only an individual selection. If I go to a supermarket, I can see that every single shopping cart looks individual. I agree with this, of course, since this can be checked at any time. An unbeatable argument for individualism and relativism. But let’s look at the supermarket. It has only a certain amount of articles that it offers for sale. Thus, individuality is limited. An individual can only draw from a limited pool. And since the supermarket does not have 7.5 billion items, according to the probability calculation some shopping carts will appear, which are identical. As soon as identical individuals appear, they are consequently no longer an individual.

It is best to recognize this on our cars. Each car gives the impression of being individual in brand, model and color. In fact, there are only a few hundred different cars on the streets, which means there is only a limited pool with offers. In other conversations, people like to say, “Whatever you do, it’s your individual decision.” But how individual can it really be made?

If the boss declares that you can take your long-awaited holiday in June or in July, which choices are available here? Either you agree or you don’t. This is the individual decision, that is individuality. It is comparable with a person who drives into a roundabout. He can decide individually here, which is correct, but the decision-making possibilities only offer four exits.

The word “atom” is based on a similarly limited assumption, because atom means “indivisible”. It was assumed for a considerable time that an atom was no longer divisible. Today, we know what nuclear fission can cause and how it works. Individuality also teaches that you are an “in-dividum”, that is, indivisible. How then can it be possible that a personality can be divided into several personalities? Individuality is very limited in our reality and is only related to a particular selection. Looking at something more general, you also have to deal with generally limited options, which can not be chosen individually. This can be applied to everything that exists in our everyday reality, clothes, cars, haircut, languages, characters, hobbies, travel, colors, etc. Our environment or matrix is a smorgasbord of a high number of articles of any kind individual selection and relativism.

Where does relativism and the belief in unrestricted individuality come from? They come out of the mind. Only the mind makes it possible to think like this. Only those who think can recognize the belief that individuality and relativism exist in everyday life. Only someone, who’s not thinking, will recognize the illusions behind it. Only the dissociation, which is the temporary deactivation of the entire mental apparatus, makes it possible to see the truth. There is no other way.

Many roads lead to Rome? Certainly, many roads lead to Rome, but also to Rome and to all other cities of the world. The way to the truth, is only one way and this happens without the mind. Every person I explained the dissociation and successfully applied it has experienced exactly the same perceptions. The dissociative state of consciousness is the one in which you “see” how it really is. No book, no guru, no religion, no faith direction, no angel, no yogi, even God is not able to explain what you can recognize within the dissociative state. If you ignore the mind, you immediately discover the illusions behind every spiritual propaganda, which actually has a single meaning: to keep the thought apparatus running! The machine must continue! As long as the mind is used and disputed, the world is divided into countries, groups and alliances, communities and circles, the apparent individualism, relativism, subjectivity, and interpretation also exist. What happens to such an incomprehensible ability as dissociation? Correct, it must be set as negative. Thus there is a corresponding institution for every disposition: the philosophers and parties exist for the thinkers among us, the church and other beliefs exist for the spirituals, and the psychiatrists for the dissociative seekers. In psychology dissociation is divided into various forms into mental diseases. Anyone who can see what other people do not see, for example ghosts, angels or extraterrestrials, is suffering from a dissociative or schizoid personality disorder. Anyone who has accidentally entered the state of dissociation and recognized things that had previously been blind because they used the mind like all the other 7.5 billion as well, must be absolutely convinced that he is still mistaken.

For this reason, apart from relativism, psychiatry and most psychologists exist, who want to use their common sense as common as all the others. It is crucial to think, to function, to work and to be a valuable member of society. If you do not want to decide here, I can tell you, that you can see both a valuable member of society and all the illusions. The dissociation not only shows you a lot more possibilities, but also demonstrates in its mode of action, the veil from the eyes and the truth in their face to look.

The art of dissociation is also made of fun, such as: “It is recommended not to think anymore. Only those who do not think can be fooled.” or “Whatever someone recognizes in the dissociation can only be nonsense if you can not think about it.” In fact, I recommend not only to think, but to think about! Use your thought apparatus to find ways to see the illusions… but if you want to use this, please do in the correct order, first dissociate, then recognize and then you can think about all that you have recognized.

The dissociation does not give you the possibility to say, “This is a matter of perspective” or “You can see it one way or the other” or “This is your opinion but not mine” or “No one knows if that is true or not, that can not be tested”. Dissociation, on the other hand, shows beyond all doubt and with an absolute certainty as it really is. Not a shadow of uncertainty, and not a single nuance of relativity is possible, the dissociation has left the state of doubt, of counsel and of faith and attains a condition in which you can recognize, directly and without circumcision. Space for doubt and advice is available again when you leave the state of dissociation. But this only applies to the questions which had been forgotten with dissociation.

However, I have to mention that some questions are no longer asked, because they have lost their importance. The dissociation is available to everyone and leveryone can learn it. It is difficult to reach, but simple in its execution, and when using intensively whole world images can collaps in an intensified manner and it reveals a completely different reality than the one in which you think you are.

3. Visit the “brainkicker”, a shop where you can get frequencies that changes the brain so you experience an out of body experience, lucid dreams, near death experiences, intensified dream memories, but also health, divine experiences, bright moments and many more. It’s worth a visit!