The Matrixblogger is Jonathan Dilas, Writer, Consciousness Researcher and Blogger

He became well-known by so far ten published books about lucid dreaming, activation of the pineal gland, spiritual dissociation and expanding awareness in general, in addition, over various anthologies, several novels as well as over many interviews in the internet on Youtube and other portals, in radio transmissions, Radio Podcasts, in the television and by interviews on various online congresses with thousands of spectators. Superficially, he became known as “The Matrixblogger” and deals with the nature of consciousness, its possibilities and the expansion of the same and is today considered one of the most famous consciousness researchers since 1999.

Research in Lucid Dreaming, Astral Travel and the Pineal Gland

Among the areas he primarily considers in his consciousness research are dreams, lucid dreaming, out-of-body experiences, activation of the pineal gland, altered and expanded states of consciousness through the application of spiritual dissociation, i.e. the expansion of consciousness in general.

In addition, the Matrixblogger is always doing personal research, with himself as a guinea pig, to find ways and means for the masses to recognize and learn that multidimensional worlds, alternative realities, altered and expanded states of consciousness and a highly intelligent complex self (Supraself) exist above our everyday consciousness.

He currently lives in Paraguay and started several projects there like building a pyramid by the measures of Nikola Tesla and exploring the Primeval Code.

Jonathan Dilas does not belong to any religion, sect or party! He writes completely impartial, is researching and blogging independently of any organizations and concentrates only on his personal expanding of consciousness. He founded his German blog in Germany in 2005 and later became known as the “Matrixblogger”. Then he started his blog also for English speaking people in the year 2017 while being on a world tour through Europe, USA, Mexico and Paraguay.

The Matrixbloggers mainly topic is the master technique the Spiritual Dissociation. This master technique opens the door to every paranormal ability you can imagine: Lucid Dreaming, Astral Travel, activating the Pineal Gland, hypnagogic states, but also self-acknowledement, visions, clairvoyance, telepathy, telekinesis and many more. His book “Spiritual Dissociation” in volume 1 and 2 is very known in Germany and will be translated to English soon. You can order his book in German language and translate it with Google or you just wait for the translation.

Jonathan Dilas has published twelve books so far. His most popular books so far are the following:

With this work, Jonathan Dilas (the Matrixblogger) presents a practical book for learning how to consciously trigger lucid dreams and out-of-body experiences, as well as how to systematically decalcify the pineal gland in order to reactivate one’s intuitive and clairvoyant powers, quickly see through the manipulations of our time and achieve new health. You can get in on Amazon.

Dissociation is the most powerful master technique as a meditation for the soul. It reveals the meaning of life to many people, lets them learn lucid dreaming and astral travel faster, see through the matrix and gives a glimpse behind the scenes of this world as well as into the afterlife and past lives. Consciousness begins to perceive parallel worlds and with dissociation one gains access to the subconscious and the multiverse. Journeys of consciousness are possible as well as self-knowledge, enlightenment and the perception of alien worlds and alternative realities.

Yes, in collaboration with Shiva Schreiber as the “Matrixxer” in German language but with English subtitles

“Is the Matrix tricking you out? Come join the Matrixxers. We’re tricking out the Matrix!”

The “Matrixxers” are a project of Shiva Schreiber and Jonathan Dilas (Matrixblogger), who mainly deal with the topic “Exit from the Matrix” and thus offer seekers the opportunity to be educated on Youtube and additionally in online seminars to show the paths one can take to leave the matrix or the reincarnation cycle. Here Shiva and Jonathan also talk together about the many possibilities of expanding consciousness and the world of dissociation.

The Matrixblogger does a lot of research on topics like pineal gland activation, astral travel, lucid dreaming, hypnagogic states, and the art of spiritual dissociation to discover ways so that people don’t have to meditate for many years to get where they want to go, like he did and offers accelerating ways so that not only beginners, but advanced students, can get faster results.

This research includes binaural beats, isochronic tones and silent subliminals. This means meditation music that, with barely audible tones mixed in, makes the brain vibrate at the exact frequency that is home to the particular state it is trying to achieve. Thus crystallized the possibility of transporting the mind and body more quickly into the state in which astral travel, lucid dreaming, stimulation of the pineal gland and many other only conceivable expanded states of consciousness are possible. For this purpose he created an online store called GEHIRNKICKER, which offers many such brain frequencies and also his online seminars. – Go to SHOP

Join the Magical Journey into your Supraself

This provides a general overview of the work of the Matrixblogger, who for the past 21 years has been considered one of the best known and most knowledgeable consciousness researchers in the German-speaking world, and whose nine published books and blog to date have been well-known since that time.

Herewith you are invited to participate in his adventurous and magical journey into your own self. 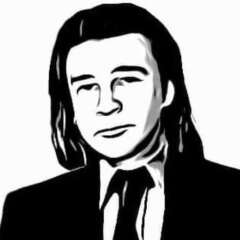