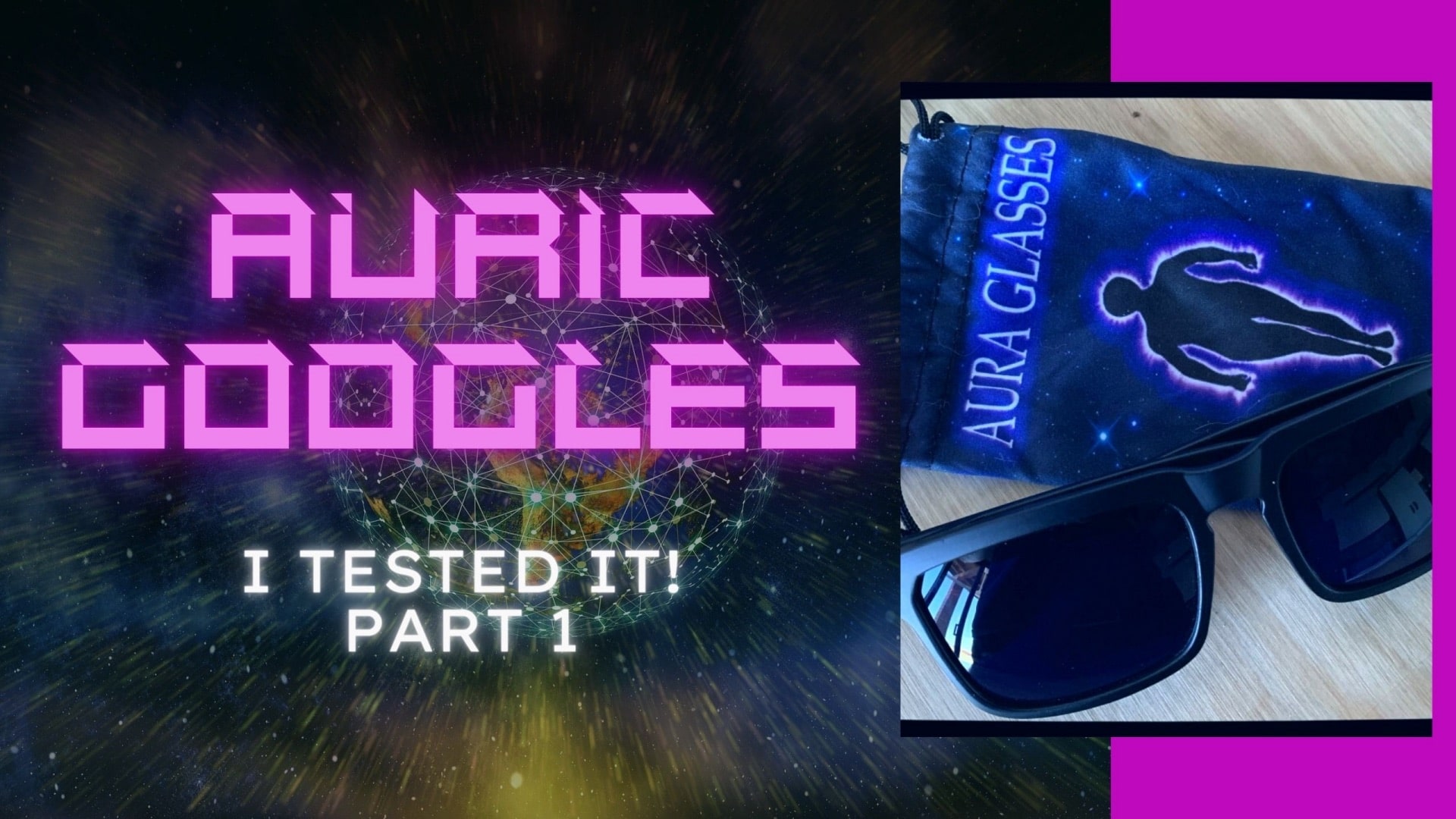 In my article “The big secret – Dicyanin dye lets see spirits” I described a so-called “Auric Glasses”, also known as Auric Googles, which allows to see spirits and the aura of a person. I promised to test these and here goes with the test….

At first glance, the appearance of the aura glasses seems straight out of the movie “They’re Alive!” by John Carpenter. Black, a bit chunky, very dark lenses and with wide temples.

The aura glasses come in a velvet-like black pouch with the silhouette of a human on it, surrounded by a whitish blue aura. The pouch feels good and while not a stable place for the aura glasses to stay, it is a visually beautiful one. The pouch can be tightened with a ribbon to protect them from dust.

It once worked especially well with the original aura glasses, the lenses of which were treated exclusively with the dye dicyanine, but to get hold of such a pair is very difficult. So far I have not succeeded. So the present aura glasses are a substitute for the original glasses, therefore one cannot expect great results. Therefore, it was interesting for me to test the copy of these original glasses first. The copy of these glasses also works with a dye, which is supposed to have or guarantee similar properties. It is also said that the tinting of the glasses should block the electromagnetic light spectrum.

Most sellers of aura glasses claim that this copy should also have dicyanin, this is not true. It is a similar substance with comparable abilities. This should be considered. The aura glasses tested here are now available on many portals, this ranges from Amazon and Ebay, to other vendors for a price of about 50 to 70 euros. There is also an extended form of the glasses, which can cost between 350 and 480 euros. But there are also alternatives of these extended glasses for about 80 euros. This is similar in design to welding goggles and has round lenses to completely exclude the incoming outside light. See LINK Amazon! Another link would be available through this website (LINK). If ordering on the latter, please include my name. HERE you can also see a video of test persons on Youtube.

The indigo tint of the lenses of the aura glasses is supposed to stimulate the third eye, hence this tint. This is to help stimulate the pineal gland.

In the instructions for these aura glasses it is recommended to sit opposite a person in a darkened room with a candle and not to look directly at this person, but the gaze must pass slightly. With time, one should notice that an undefined light around the person. Strictly speaking it is a kind of training glasses to learn to see auras.

I tested the aura glasses first in broad daylight to see a difference, how it looks like in another test at night. During this test, two additional people were present and yours truly.

The aura glasses are not particularly heavy, as everything is plastic. When you put them on, they sit very comfortably. You immediately notice that the glasses have an indigo tint. The environment looks very normal through the glasses at first glance, but the indigo tint strongly filters out the colors and increases the contrast. A little bit, the perception then already seems light, as if you were in another world. 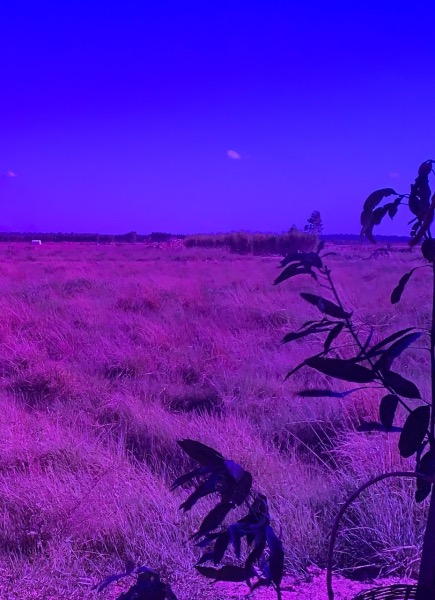 Here you can see as it looks like if you wear the aura glasses.

Further on, the daytime test did not yield any further results.

For the next test it will be tested in the dark.

Support the Matrixblogger...
Readings 238
2021-12-06
Previous Post: Smoking not good for health? Here is the clear answer!
Next Post: The Brain on LSD: Microdosing LSD (Part 2)