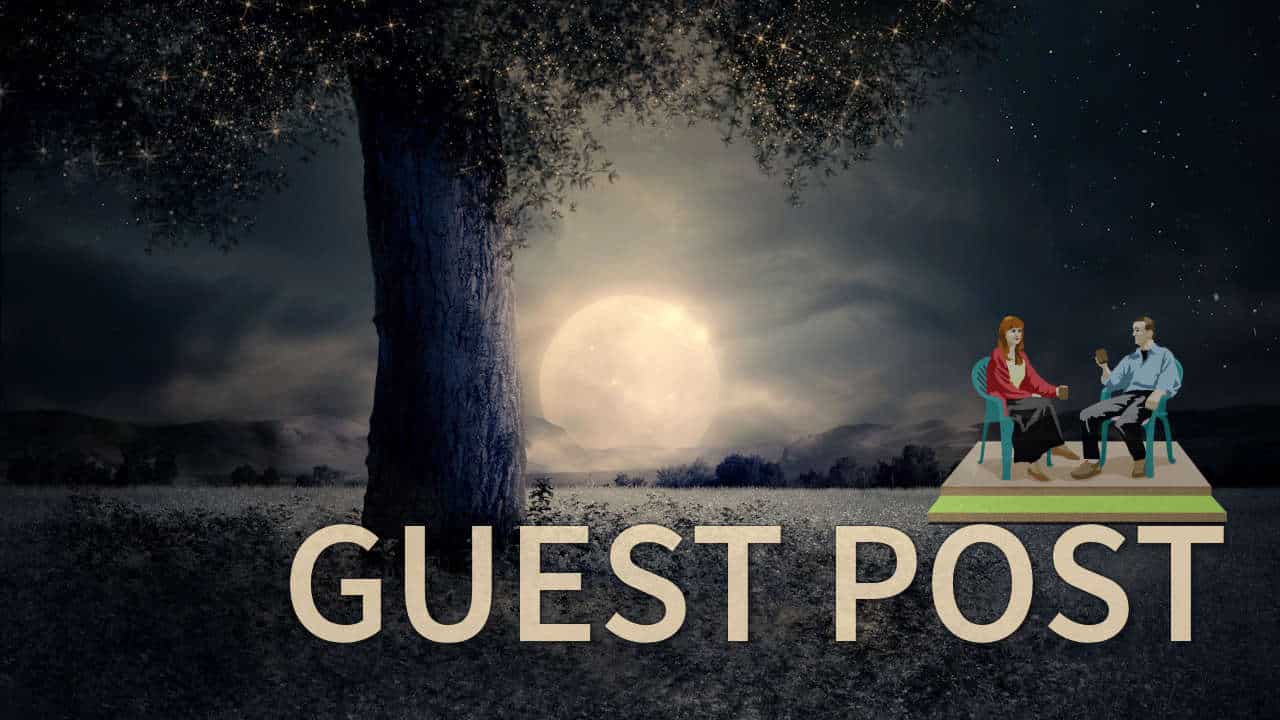 The section “Guest Post” is about the experiences of the visitors of my Matrixblog. Anyone who is interested in publishing his out of body experience or his lucid dream or an exciting real experience from his everyday life in my blog, can send me a message. These can also be published in one of my books. I am looking forward to your letters.

In the following, Dennis messaged me, to report, what has happened to him…

“In December last year I had an accident. After work I picked up my new car from the distributor. After some grocery, I got into my car and drove to the highway, just to test it’s speed… After about an hour on the road, I wanted to drive home slowly. Shortly before the end of a long curve I started to slide due to aquaplanings and could not control my car anymore. Driving, braking, nothing has really worked. I drove straight to the guardrail. I tore the steering wheel around, bouncing slightly to the sides of the guardrail at about 30-40 m/h, turning around my own axis several times, and bouncing back with the rear. My car came to a stop in the middle of the highway. Another car could stop about 5 meters from my driver’s door.

That was the moment when I realized, that everything was okay with me and I got out. During the accident I had experienced something I had never experienced before. I watched everything in slow motion, could see the cars running towards me as I turned around my own axis – and it did not bother me, I had no panic and was very quiet. I was able to observe myself, while all this was happening to me. It was as like I would sit next to myself, not necessarily directly on another seat in the car, rather from an elevated position, but still on the driver’s seat, above me.

When I remember the moment, it feels like I was looking at the situation from the left outside of the car. Something that nobody would believe me, sometimes not even me. After my car stopped and I realized that I was right in the middle of the highway, the experience was over. Fortunately all the participants were injured, only my car had a total damage and two other cars, which I had rammed, were slightly damaged.

After everything was clarified, with the Police, towing, etc., they drove me home. I had had to think about what just happened to me when I was out there. I felt very distant from everything, I could not explain it otherwise. My body was there, my thoughts the same, but I did not know this feeling. I was still living, but I did not feel it, everything were just thoughts. I just did not feel the relief of being uninjured after such an accident. Not even that I was there at all.

On the third day after the accident, I flew on a plane to Amsterdam. My two closest friends and I had already booked a week over Christmas – of course I did not cancelled it, just because I felt strange at this time. In Amsterdam, were some things that would maybe help me to leave this feeling of being “removed” behind me, I thought. I smoked a strong Sativa divinorum there and this gave me such an intense feeling of being connected with myself that it was very liberating. The feeling of being distant was then almost dissolved in air.

After that we had two more days in Amsterdam. Nothing more spectacular happened. The mentioned feeling was almost completely gone and I was glad that everything felt normal again. Shortly before the accident I had informed myself much and over a long period about everything. Mainly about our brain, the pineal gland and the connection to the cosmos. I was looking for the meaning of my soul, my being and being in general. I thought it was the solution for my negative self-image and all the nights I had cried myself to sleep and the days when I thought that everyone has a problem with me…

I realized that it was all just myself and I was tired of living that way. I started filter my water, to avoid everything that has flourides in it and also started eating less meat. Ralph Smart had pointed out all of this to me with his Youtube videos about fears, thought patterns, belief systems, food and more. I read some articles and books by Dieter Broers and others. Somehow, a friend of mine told me about Jonathan Dilas, his Matrix page and matrixblog. I collected a lot of information and began to feel better, especially to look at myself more positively. However, I was still wondering if the stuff I read is actually an answer to my all of my problems and fears. I was very skeptical about this. Ironically, I did not wanted to lose what I was. I just wanted to be happy, because I had not been happy for a very long time, whether alone or among people.

About two weeks after the accident, I got up one morning and was full of energy. I was so full of energy and action, it was incredible! Like the feeling that sometimes spontaneously overcomes you, for example, when you hear good music. It was a sort of bright energy, which erected you physically as well as from the inside.

Several days passed, on which I felt as good as never before. Every new day seemed to be better than the previous one. I wondered, if this was related to the accident. Nowadays I am convinced, that this part had contributed to it.

At some point my scalp began to tingle. I knew that feeling while smoking grass. It lasted several minutes several times a day. One evening, when I was lying in bed and closed my eyes, I noticed white flashes of light coming from my head toward my heart. I also felt something in my head and chest. At that time I had tried a kind of meditation, in which you focus mainly on exhalation. After prolonged conscious breathing, I no longer felt my body, it was more of an aura around me, similar to the feeling after the accident, but without the frightening aspect. I had been able to produce these bright, white flashes and tingling on the scalp after a short time, but often it came by itself. When I concentrated, I could fill my whole body with this energy until I got a kind of aura around me. Everything tingled and I was very warm.

When I concentrated more on it, I experienced a kind of detachment from the body and received a brief forgetting of time, I merely existed in this feeling, as a pulsating force outside my body. I just could not feel my body any more. It was like I would be expanding and the energy that flowed from my head flowed through him. After that I was usually very warm. I used to use cannabis quite often but after my visit in Amsterdam I had not smoked for two and a half months, but it still felt like I was high – but without the slight drowsiness. I experienced everything very seriously, but nothing affected me as much then it does before the accident. It felt like I had broken out of a kind of cover that was full of accumulated negativity.

By the way, I had the feeling that since the eclipse of the sun, the sunlight intensified enormously so I had to get some sunglasses (I am wearing glasses) because I could no longer open my eyes normally as soon as the sun was shining. In general, my eyes had now become very sensitive to light. I had never needed sunglasses before.

The whole thing lasted about five months. Then my eyelids began to twitch, while I conversed with other people. This was often the case before the accident. I got nervous about it, and it annoyed me that this was always happening. A while thereafter the white lights and the tingling stopped. Meanwhile, I feel a strong pressure in my head; especially behind and under my eyes and in my ears. From time to time I feel lightning like a headache that shoots down my head near the temples or behind my ears.

Sometimes I also feel my circulatory drain and I get dizzy or get a buzzing in my ears. However, only a few moments, then it is gone again. It seems like the bright lights turn into headaches. I wonder, of course, whether this was related to the accident. Do my eyes have something to do with it, my thoughts, my life changes – just what exactly…!? Lately I have been greatly affected and often think of it, it is very disturbing. Especially when I talk to others. So I would like to know if someone has ever experienced something like this and could give me tips on how to change.”