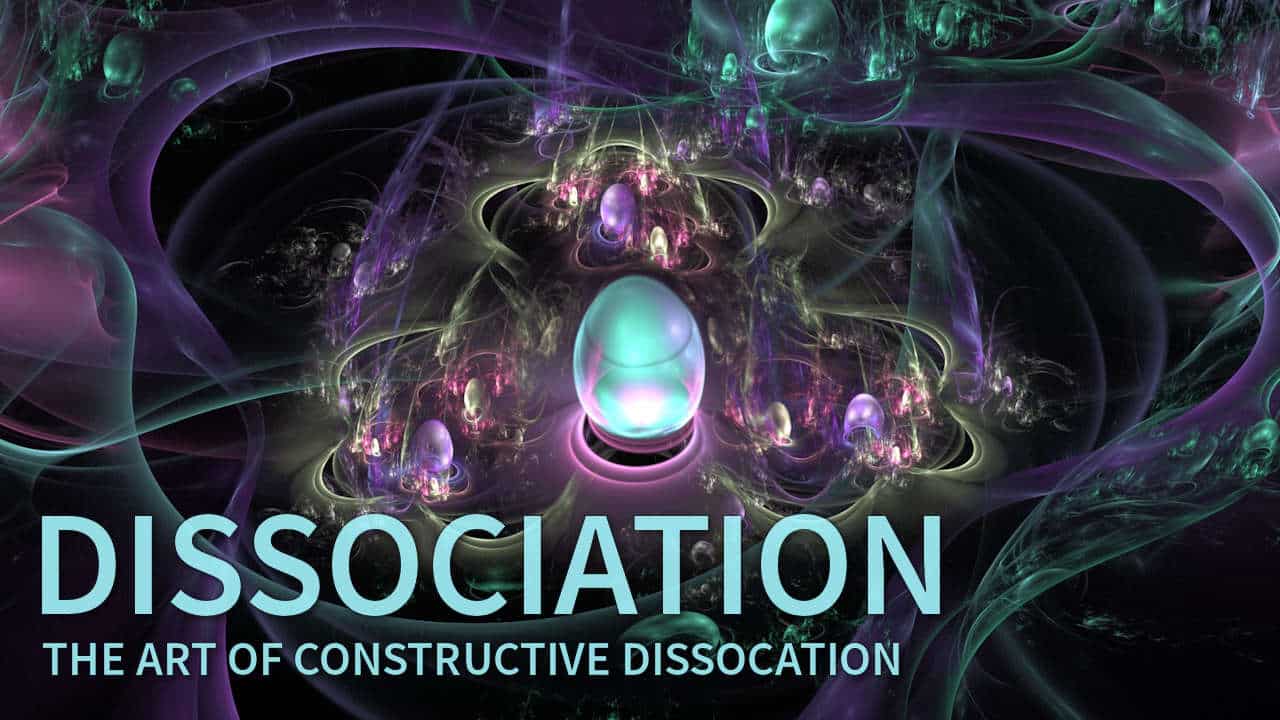 Thinking is an ability that every human being possesses and of which one believes that it belongs to one as such or, as a matter of course, assumes that it represents one’s own ego…

Thinking or the reason is and has always been used to grasp the processes in everyday life, to interpret them and to act accordingly. Conflicts with thinking occur as soon as one gets into problem situations. These can affect love as well as interpersonal relationships and professional situations.

If you feel too much stress with your thoughts, e.g. in problem situations where the conflict increases to such an extent that you suffer psychologically, perhaps in depressions, bereavements, relationship or acute money problems, there is the possibility to call therapists or otherwise place yourself in caring hands.

The bottom line is that within such situations a person feels like a victim of the circumstances and wishes that the stressful and unpleasant state be resolved as quickly as possible, either by solving the problem or simply by stopping having to think about a particular matter incessantly.

The application of dissociation is about interrupting the flow of thoughts and temporarily reaching a state in which one does not think a single thought for minutes. Stopping the personal flow of thoughts turns out to be very difficult for practitioners.

This goal does not constitute dissociation, since this state of not thinking is not designed to permanently maintain it or to permanently repress a problem. On the contrary, dissociation offers the possibility of short-circuiting the particular problem in order to open up to completely different perspectives and options. As is well known, a problem can best be solved if one adopts a distanced and completely different perspective on it – for no other reason do most people tend to communicate problems to others in order to have the situation viewed from a different perspective and hope for solutions that one could not see in one’s personal operational blindness.

Every day, people strive for a harmonious state in which they don’t have to think much, in which problems don’t exist or are so minor that they can be put aside without fear of consequences. The struggle with thinking and feeling only comes to light when this is no longer possible.

From a global perspective, it can be assumed that, despite cultural differences, convictions and beliefs, everyone thinks the same, but with a time lag. Everyone is familiar with all the thoughts that people think about every day – and this is based on a high number of thoughts. But how can it be that every person struggles with the same thoughts and this throughout his entire life?

People usually assume that it is you yourself who is thinking around in your head, but there is no clear evidence of this. Of course, they assume that that’s all, because since thoughts take place in your own head or race through your own brain, and your head belongs to you, thoughts must belong to you. However, there is no scientific confirmation, nor is there any way that you can verify that this is the case.

In my own dealings and practice with dissociation, as well as in conversations with other practitioners of this mysterious ability, I have always noticed that all of them report the same phenomenon as soon as one begins to temporarily switch off his thoughts. In the beginning the practitioner only succeeds in thinking nothing at all for about 10 seconds, afterwards thoughts seep through again. It takes a longer time until one reaches higher thought pauses.

As soon as one has managed not to think a thought for about 1-2 minutes in a row, an interesting phenomenon occurs: The mind suddenly offers insights and/or philosophical or exciting thoughts. One is literally flooded with such attractive thoughts. It gives the impression that the mind is a sensitive being that wants to be used.

This may sound strange at first, but if you learn to trust the results of such dissociative moments, you will realize that the mind is indeed a living being, albeit not in a biological sense, that keeps making offers of thought to the thinker – and continues to do so until you comply with his offer.

If one begins to reject his offers, he makes an effort to make the thoughts more creative and exciting. However, this only happens until you take up his offer. If one refuses to follow these creative thought eruptions, one has overcome the first big hurdle and reaches a purely dissociative state. But only few people can do this, because the seduction is too great.

The origin of thought appears to the dissociator, i.e. the practitioner of dissociation, like an inorganic living being that has only one goal, namely to exchange thoughts for energy, i.e. the person supplies the energy and the being distributes thoughts in exchange. An exchange that this being wants to maintain under all circumstances. For this it simply does everything, because it lives from the energy that the human being gives it.

It is also interesting to note that practitioners have noticed that the flow of thoughts suddenly comes to a halt when one questions the thinking itself, i.e. as soon as one tries to trace the origin of a thought.

The analysis, also from my point of view, is unambiguous: There is an inorganic life form which then literally presses a person and repeatedly and unambiguously asks him to think. This being lives from our energy, which is especially important when the flow of energy increases in conflict situations. The more you think, the more energy this being receives in exchange.

If thinking finds its origin in this alien life form, where did it come from? How did this being manage to connect to the consciousness of every human being? Why does this being camouflage itself so that it is not discovered or no one sees through that the being exists at all?

Equally interesting is the observation within a dissociation that this being can play both perpetrator and victim, i.e. it takes over both sides of the argumentation in a conflict situation. If one understands that all thoughts only come from this being or rather that it is the source, then it would be almost obvious that it behaves in this way.

As soon as the dissociation practitioner realizes this, that the thoughts are only sent to his brain and this from a hidden being who does not want to reveal himself under any circumstances, he enters the next level. The practitioner no longer allows himself to be captured and wants to know what is still far behind the offered insights, philosophically rare revelations and brilliant perspectives.