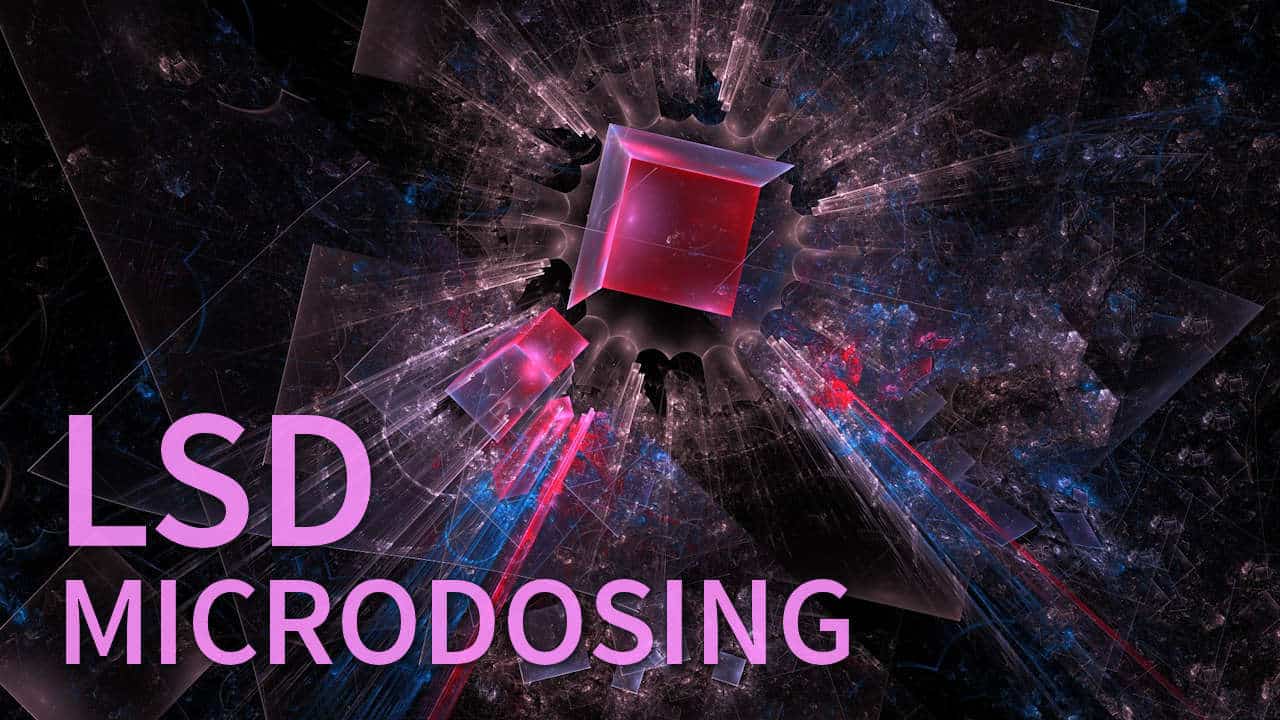 As a reminder, microdosing is the administration of LSD in such a small amount that it barely affects everyday consciousness and you can continue to do your routines and work. Microdosing is not about “tripping” or losing control or behaving in a noticeably different way….

How much do you take with microdosing? A microdose is much smaller than you might think. Also, this minimal dose ensures that personality is not altered in any noticeable way. But let’s move on to my own research report, in which I became a guinea pig myself….

“Someone who takes such a small dose is a wee bit better to the everyday world than normal. To date, I have not received a single report where such a low dose has caused any social problems, personal outbursts, or any form of workplace problems.”
(Dr. James Fadiman, author of the book “Psychedelics Explorer’s Guide” and noted psychedelic substance researcher).

Today I took the first microdose of about 15 mcg. Exactly as it was planned and recommended by Dr. James Fadiman. Since I react quite quickly and sensitively to such substances, this amount was completely sufficient for me to start with. Of course, I flew to a country where taking small doses of LSD is not illegal, that goes without saying.

In addition, I had intentionally spent this day in approximately the same way as the previous one, in order to have a direct comparison of how they would now differ from each other by taking the microdose. Thus, I had lived two identical days in a row, while the first day had taken place in my normal everyday state and the second day under the influence of the substance. In my opinion, this comparison was then better to judge and assess.

After only 20 minutes I noticed the first reaction: my breathing accelerated, as did my heartbeat. Not very strong, but already about 20%. After that I noticed that my concentration increased and I could focus much better on anything. Also, for a very short time, I had the impression that something in me was shifting inconspicuously and smoothly, and suddenly a good constructive self-confidence rose up in me.

I had the sure feeling as if I could achieve everything, whatever I wished. I just had to WANT it and then I would achieve it. I also felt that my focus had widened and I could perceive much more than usual. Since I was just in the city, and had not expected such a quick effect, I rose and ran through the crowd to go to a quieter environment.

As I walked through downtown, I felt my body feel much lighter and more agile. I felt like I could easily run another ten miles now without getting out of breath or complaining about aching feet later. At times I felt as if my body weight had decreased tenfold, which conveyed a physical lightness. A certain serenity also spread through me.

Later, when I met a friend, I noticed that I was able to connect and communicate with him mentally better than before, and I was able to gain quick access to the person. Everything also seemed much more light-hearted and relaxed. Creative ideas and thought processes rose in me and I am convinced that, due to an increased positive basic mood, worry thoughts of all kinds quickly fade into the background.

Also, the whole world around seems easier and looser to manage. Restlessness disappears and one has the impression that everything will happen on its own and in a constructive sense. I hardly thought about anything and had the feeling that it was unnecessary to think, since it does not change much the present situation, but it is better to act and enjoy life and just go with the flow.

Towards the night, the whole inner mood was consistently positive, especially amusing in a pleasant way. Not for a moment did I have the impression of being intoxicated or personally changed. There was no trace of anxiety or psychological instability.

In bed, I closed my eyes and I felt that I could still concentrate very well. Surprisingly, I noticed that I could suddenly remember pleasant scenes from my past very well. Many scenes that I had long forgotten rose up again and sometimes even in surprising detail.

LSD microdosing has no side effects

On the second day, of course, I checked the after-effects. I must say, there were no complaints or side effects. I felt calm and serene. Also, at this point I was able to review the previous day and compare it as well. Nothing had changed, I only had a positive and good memory of the previous day. Also in the further course of the day I did not feel any side effects.

Also to be recommended is a video I made on this and shot a year later. In this video, I once tried out LSD microdosing on a mountain hike. The body felt very light, mainly in the legs and torso. I was able to run part of the way of 7 kilometers if I had wanted to. Fatigue was not felt and I literally floated along the many paths.

I did notice, however, that the body was still panting and the heart was beating hard at times, but I was completely detached from it and it didn’t bother me. I think for people with heart problems, they should not put the body through too much when using microdosing. But I can add that then you would really have to run a lot or climb stairs.

In addition, you will also notice when your body is gasping for air or your heart is beating up to your neck. Then you should give your body a rest. VIDEO HERE!

Use/Application according to (EC) No 1924/2006 European Food Safety Authority (EFSA). Food supplements are not a substitute for a balanced diet. Keep out of reach of children. Do not exceed the recommended dosage. In case of bad reaction to the product, discontinue the product immediately. Please consult your physician if you wish to use dietary supplements or medicinal herbs of this type and are also receiving treatment for a medical condition, as well as if pregnant or nursing.

PRODUCT INFORMATION:
Regulation (EC) No. 1924/2006 of the European Parliament restricts nutrition and health claims made on foods. Thus, as of December 12, 2012, claims referring to the nutritional effects of foods and dietary supplements may no longer be made as in the past.

WARNING:
The Matrixblog serves only to educate in the subject area of mind-expanding substances and the understandable presentation of various misconceptions on this subject. In no way should such substances be glorified or encouraged to consume. The goal is to contain possible risks among consumers and interested parties through education and to create a general knowledge base for a differentiated exchange of opinions. For a differentiated opinion, it is not enough to obtain information from only one source. Drugs of any kind are dangerous, legally as well as illegally. Use/Application according to (EC) No 1924/2006 European Food Safety Authority (EFSA).