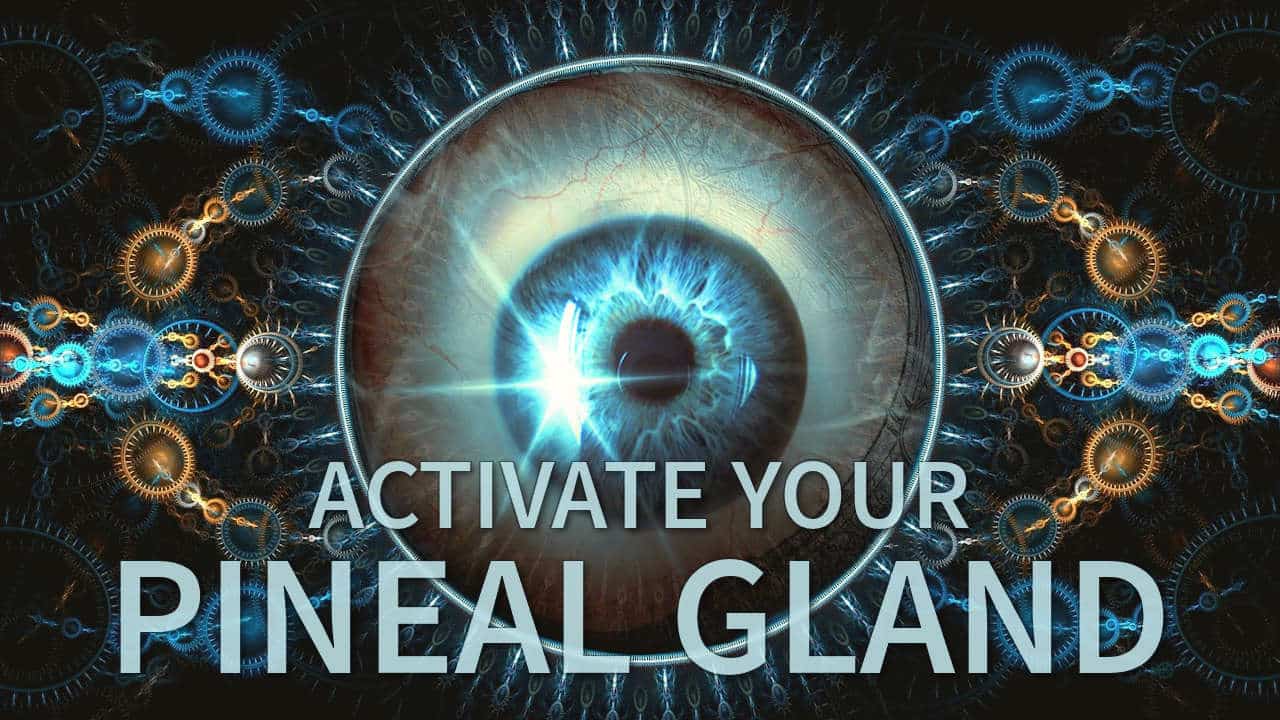 Subsequently, as a means of choice, I introduced cedar nut oil to float already accumulated fluoride from the body, so that the pineal gland is relieved with the already accumulated substances. It not only swallows heavy metals, it inhibits histamine, but it also removes the fluoride…

A good organic variation of this oil amounts to a price of approx. 1 dollar per 10 ml. One tablespoon a day should be very supportive. One can take this small quantity to itself or also in a salad or as taste improvement with into the pan. In addition, you can still take dietary supplements to support the pineal gland like blueberries or goji berries, use certain sound frequencies (see my MP3 “Activate Pineal Gland“) or do it the classical way with meditation.

The technical activation of the pineal gland can be divided into three stages:

1. The adaptation of the pineal gland

3. The Activation of the pineal gland.

There are some classical techniques from India, but they have not told me personally. The European is, in my opinion, a bit different knitted and for the reason I have developed my own techniques, which has helped me so far well.

The fitting is very simple. One holds the pointer finger up, bends it and then puts the ankles together. The ridges of the fingers are placed on the eyes and pressed against the nose and at the same time on the eyeballs. Then pull the fingers outwards. This pressure is maintained for about 20 seconds.

There will be strong color explosions, glowing, neon colored dots, light sparks and various patterns. Then you take your fingers down again. This is the fitting, which means an impulse is sent to the pineal gland. This “Introduction” is done each time before applying one of the following techniques.

There are some more techniques that I would like to explain. Two very easy techniques, a complicated one and one for hardliners, which means for the impatient and those who need it hard. The first three techniques have been developed by me. Technique 1: The worm

You sit normally in an armchair or lie down in bed. There, imagine how energy is absorbed from the ground through the soles of the feet and pulled up to the forehead through the whole body. At the height of the forehead one forms with the up-drawn energy a golden ball, which now digs a tunnel through the brow to the middle of the brain. Once there, the pineal gland, which is presented as a small worm with a cyclops eye, sucks up this ball. Then imagine how to stroke this little sweet worm, it slowly opens it’s eye and looks as if it would becoming from a deep sleep. Slowly and timidly, it looks around.

The eyes are closed. What do you notice when you close your eyes? Right, you still blink, though they are closed. There seems to be some kind of interlude that the human uses. In space ship Enterprise there was once a bright lightning on the command bridge. All the crew members were blinded, except Mr. Spock. He later told the captain that Vulcans had two eyelids and that he had just closed both. A human obviously has only one eyelid, but there seems to be some kind of interlude. For the reason I would like to distinguish between Lid 1 and Lid 2 in the following.

Lid 1 means that you concentrate on the closed eyelids normally. Lid 2, on the other hand, means that the act of winking is prolonged when the eyes are closed, which means the moment Lid 2 blinks, the eyelid is held down.

In this way there are two different modes, in order to adapt to my somewhat complicated but effective technique.

The fitting can thus be applied with Lid 1 and Lid 2, best to try out both to see what triggers most patterns. Lid 2 personally I felt as more intense. With Lid 1 focus on the closed eyelids. The screen, which we perceive before our eyes, is now divided into nine quadrants. The view straight is equal to 0. Above 0 is +1 and below -1. To the left of 0 is 1 and to the right of the 0 to the 2. These values ??also have one above and below, which is titled with +1 and -1. If this is too complicated, the quadrant can also simply be numbered. When I say that you concentrate with Lid 1 on 1 -1, I mean the left upper quadrant in front of the closed eyes with normal, closed eyes; occasional blinking with eyelid 2 is allowed. This is the point where you are concentrating, because patterns are very popular. These patterns can be clouds, spirals or amorphous movements. As soon as one of these patterns emerges within the blackness, focus strongly on it and imagine that you are now heading towards it. Getting closer and closer you get closer to the pattern and fly inside. Then look for the next pattern immediately, since they are not durable. At some point, these amorphous patterns are transformed into structures which are reminiscent of long, sometimes intertwined, colorless grass.

Already here, one can feel a slight pressure between the eyebrows. This is not bad and normal. You have to develop the feeling as if you are penetrating deeper and deeper into the darkness with these patterns. Always farther and farther you penetrate deeper. At some point amazing effects will occur. These ultimately stimulate and activate the pineal gland.

In order to be able to perform this technique, one needs a sunny place. The sun is being watched but with closed eyes. Then look at Quadrant 0 -1 with the 1st eyelid. In doing so, the lid is closed so that all the green is in front of the eyes. When you have done that, you are a little further. Now concentrate on the green with as calm as possible and keep it as long as possible. After 1-2 minutes, change the quadrant to 0 +1 in the second lid. In this position, everything should turn red. This red is maintained as long as possible. As soon as you think that the red is not strong enough, after about 1-2 minutes, you go back to Lid 1 in quadrant 0 -1. Now the green is likely to be much more intense than the first time. Now you look around in the green and if you have done it right, you will see clouds. Perhaps you can see tree tops, mountains, meadows … Just look around. If it has not succeeded, you start again. If you have practiced this technique for about 20 minutes and then reopen his eyes, please do not be frightened. The effect disappears completely automatically after some time.

One is looking for an absolutely dark room, perhaps in the basement or in a cave or elsewhere. When you close the door, a single light beam from somewhere can not enter the room. If windows exist, they must be absolutely sealed. Also in this case, a light beam must not penetrate. Even the slightest and smallest beam of light will destroy the following process and thus the success. For the reason is absolute and perfect darkness announced. In this room you will stay until the pineal gland activates automatically. It will do it in any case, you can rely on it. The waiting time is about 72 to 160 hours. You can meditate, sleep, listen to audio books and Hemisync CDs and much more, but the room can not be left again until the pineal gland has been activated within the waiting time. If you want to use an MP3 player, of course, the display must stick. Note: Not a single beam, otherwise you have to start all over again! The effect that occurs here is perhaps the same, because the pineal gland produces automatically and immediately melatonin, which is responsible for triggering dreams and absurd perceptions as soon as no light falls on the eyes. The more melatonin the pineal gland can produce, the more perceptions of this kind. As soon as one goes back into the light, the melatonin is converted to serotonin.