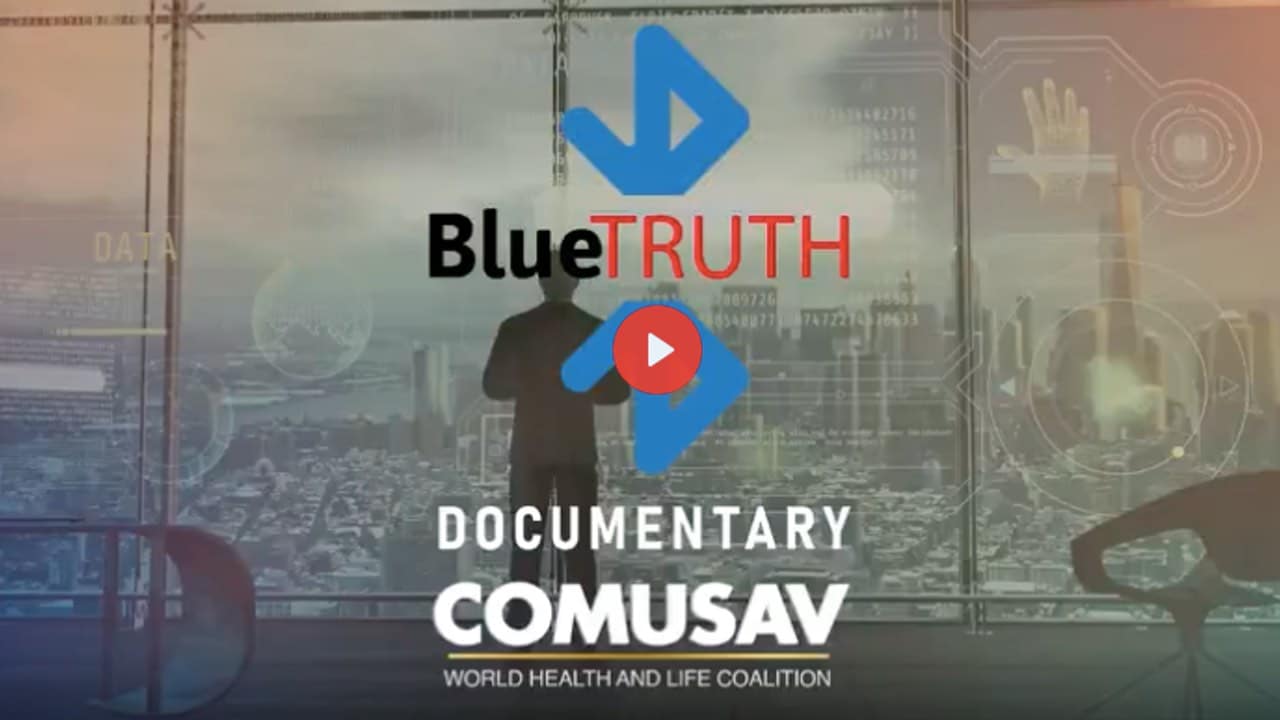 By: Matrixblogger
In: Fringe Science
With: 0 Comments

A field study with several vaccinated people showed that they have an unknown MAC address, which apparently a completely unknown app can connect to. Even in cemeteries, the deceased still send out this Bluetooth address…

The following physicians and scientists have been participating in this investigation since May 2021:

The research was conducted in a remote location with several vaccinated individuals so as not to be affected or irritated by Bluetooth signals from the surrounding environment.

Dr. Kalcker, from Germany, was very skeptical when he joined Comusav. He could not imagine that vaccinated people should now suddenly emit a MAC or Bluetooth address. But he joined Compusav to confirm or disprove his skepticism. He was curious and demanded the optimal research conditions to properly conduct this study as well.

Dr. Zavala explains in the now famous documentary “Compusav” that they first became aware of this phenomenon when some vaccinated people reported that their bodies exhibited a magnetic field. Several videos exist about this, in which vaccinated people demonstrate that they are magnetic since the vaccination.

Also, in analyzed vaccines, from Pfizer, AstraZeneca, Moderna, and Johnson&Johnson, and blood images of vaccinated people, an electron microscope showed that they have tiny elongated metal objects in their blood that could well serve as “antennae.” (See study “Ghost-Structure in Comirnaty Vaccine” by Klaus Retzlaff), who also discovered graphene oxide in the present vaccines.

This was also confirmed by Dr. Robert Young, who also found the same results in his investigations in January 2022. Later, the same contents were also discovered in the vaccines “Sputnik“, “Caniso” and “Sinopharm“. Every vaccine dose, regardless of the manufacturer, contains at least graphene oxide.

Graphene oxide is not normally magnetic, but becomes magnetic once it enters the interior of a body and can interact with the body’s hydrogen and water.

Magnetism? Graphene oxide? Microscopic antennas? Nanobots? Well, the linkage didn’t take long and they scanned several vaccinated people in a forest. It clearly turned out that they were indeed emitting an unknown and unidentifiable MAC address.

What is a MAC address?

A MAC address (Media Access Control) consists of a block of numbers and allows a device to connect to it via Bluetooth. Cell phones, computers, printers, speaker boxes and many other devices are often used for this purpose – as long as these addresses can be broken down and used by a receiving device.

These blocks of numbers of a MAC address appear in 6 blocks of two numbers or letters each. Example: 00-1A-3F-F1-4C-C6. The first three blocks show the unique identification code of the company (Organizational Unique Identifier). The other three blocks, on the other hand, indicate the network interface of the specific connection controller (Network Interface Controller Specific).

Extensive research has not been able to assign any of the MAC addresses of vaccinated users to any company, and they have always been noted as “Unknown”. Thus, it is not known which companies are behind these unknown MAC addresses. Thus, one also does not know which “app” would be required to connect to the MAC address sent out by a vaccinated person.

The Bluetooth signal could initially be received with any cell phone, be it Android, Windows or Apple, but shortly thereafter an update followed for all these systems and one could suddenly no longer receive these unknown MAC addresses. A strange coincidence?

Fortunately, it turned out that there were still some Bluetooth scanner apps for cell phones that could still display these unknown signals. These include, for example, “BLE Scanner“, which you can download to your phone and then display all the MAC addresses for Bluetooth connectivity in your area.

Cyber security expert Diego Barrientos explains that these MAC addresses show up even if you are in the woods or a cemetery and no Bluetooth device can be active far and wide. He found that the MAC addresses given on the cell phone were only sent out by vaccinated people. Some vaccinated people even have several changing addresses, while others have only one. He named them as physical broadcasting stations.

Through the tests crystallized that the graphene oxide in a human body automatically builds an electronic access. Some of them go into the brain. These are called carbon nanotubes. Others build up below the body in the torso. In this way, the graphene oxide and CNT nanosheets build a neutral interface. The CNTs then apparently act as electrodes for neurostimulation.

Dr. Kalcker explains that it is extremely unusual to make an inoculant that contains nanobots and graphene oxide. Thus, he concludes that the vaccines that are being given to people by the millions are not really vaccines at all. So Dr. Kalcker wonders what the point of these “vaccinations” is then.

Even some unvaccinated with PCR tests send signal?

One of the test subjects was not vaccinated, but nevertheless sent out a MAC signal. How could this happen? At first, people were very puzzled, but later it turned out that this one person had already had several PCR tests performed on him. Thus, there is a suspicion that some of the PCR tests were secretly equipped with nanobots in order to be able to generate at least a Bluetooth connection. Such tiny nanobots would also be the only thing that could be hidden on a test stick.

Interestingly, when asked about the origin of these sticks, it turned out that these were not commercially available sticks and that doctors were not allowed to use their own, but had to order them separately for the PCR tests. These test sticks are then sent to the test laboratories, physicians, and other locations wrapped in foil. Most of the test sticks are apparently made in Chinese factories.

Dr. Pedro Zavala went to the trouble of visiting a cemetery. He was looking for fresh graves where someone had recently been buried. The cemetery was entirely empty, no one around, and yet he received MAC addresses of the recently deceased as soon as he went to one of the newest graves. Elsewhere and near older graves in the cemetery, he received no MAC addresses.

Interestingly, it turned out that only graves since the beginning of 2021 were transmitting a Bluetooth signal. Thus, it can be assumed that only later worked with it.

What app to connect with vaccinated People?

The interesting question that arises here is, what kind of app might it be to connect to a vaccinated person via Bluetooth? So far, no app has been discovered that could have established a connection, only some Bluetooth scanner apps can detect that vaccinated people are emitting this MAC signal, that is all that is physically detectable so far.

To what extent it is possible to reconstruct a usable app is very difficult to say, because if the app or the specific operating device is not available, it is not possible to say exactly what is possible.

Of course, one also asks the following questions: what are the capabilities of this secret app that can be used to connect with vaccinated people? To what extent can influence be exerted on the nervous system, the brain, the heart, emotions and moods? Can the secret app activate a switch-off, i.e. an off-switch, which then short-circuits the entire nervous system and one simply drops dead as a result?

There are several measures that have been tried to stop the transmitting signal of a MAC address, i.e. so that the inoculated no longer transmits this signal. Strong magnets have been used as well as EMP pulses. The latter are devices that emit an electrical impulse and destroy all devices in a certain radius and are then no longer usable.

Unfortunately, the magnets did not work. The emission of a MAC address remained. However, when an EMP pulse was applied, the signal of the vaccinated person disappeared…. but unfortunately only for seconds. After that, a new address often built up or the old one reappeared. The success lasted only for seconds and in others for minutes. For this reason, several scientists are currently conducting further research. Others, however, swear by vaccine discharges with CDL, dandelion, milk thistle and other remedies.

Absolutely look at: COMPUSAV the documentation

The information in this video is for educational and research purposes only, not commercial or non-profit.
The content should not be considered diagnostic or for disease treatment. All health problems should be treated by medical professionals. The participation of the people involved in this documentary is voluntary. They are not actors and did not receive any financial resources for their participation.