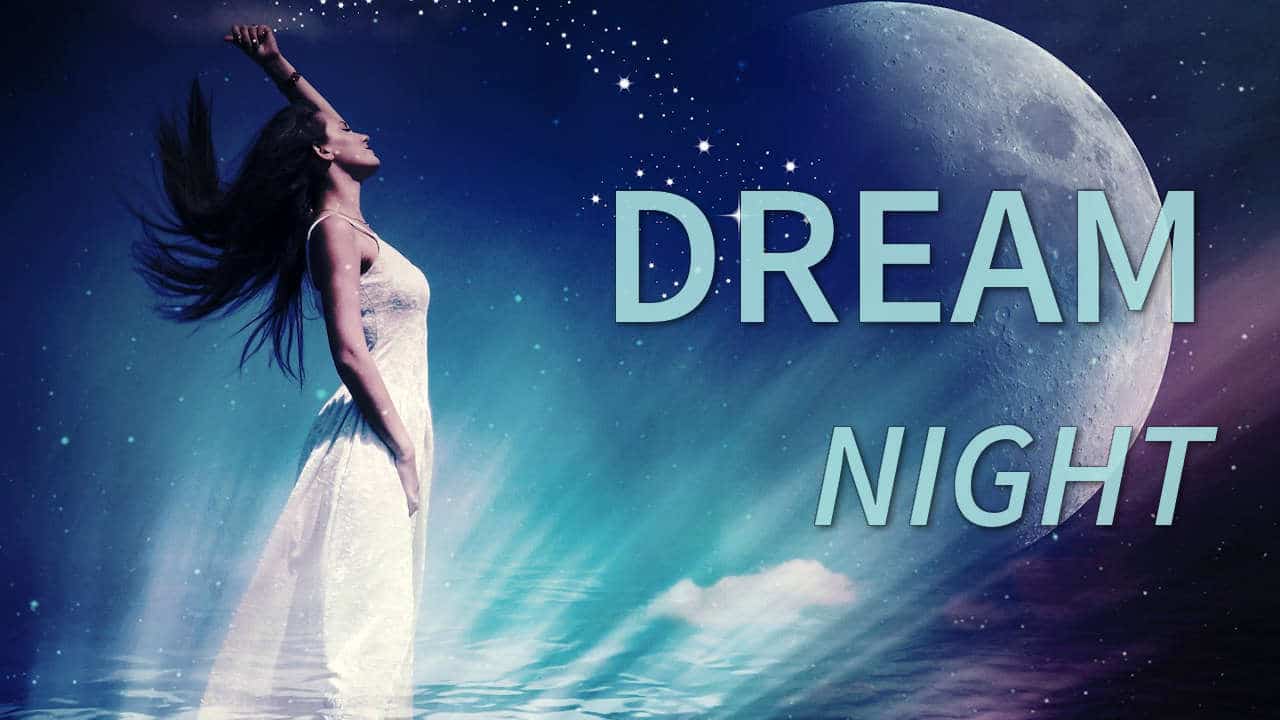 By: Matrixblogger
In: Astral Journeys and Dreaming
Tagged: astral journey, learning astral travel, out of body experience
With: 0 Comments

“Dreamnight” is a series in which I consciously concentrate on experiencing a lucid dream or an out-of-body experience or in which I report an interesting or extraordinary dream or memories of my subconsciousness as well as telepathic connections to other people (dream spying).

The clouds in the sky had a very interesting formation tonight and so I concentrated on it for 10 minutes and enjoyed the beautiful view of the sky. I felt that it was again one of the nights that were rich in energy and then briefly switched to a higher state of consciousness. In such a state, it is always interesting to see how a human can identify with his life and how far you can distance yourself from it in such altered states.

After I had refilled, I went to bed and wanted to focus on an out of body experience. After maybe concentrating for 20 minutes, I turned completely abruptly and unexpectedly into my second body. It was as if someone had just switched the switch.

Slowly I floated and suddenly the process turned around and I fell. I fell into an endless blackness. Simply dropping is already a nice experience. I fell so fast that I could amusefully imagine that I had a smoking tail behind me for an outward viewer. For a moment, I really felt like a racing comet and felt a kind of burning.

Now I concentrated on moving into any scene, for example entering a neighboring world. These are alternative realities that are very similar to our everyday reality, except that you have a different life there, other friends and often a different place to live and work…

“If you come along at night then this business has to be concluded. At all, the business doors are to be controlled, only this one is closed by you personally. If you forget it, there’s a bite from the boss.”

For a moment I did not know at all where I was and what I was doing at all, but then the update came in.

The memories of the self, which lived in this reality and to which I was now attached with my consciousness, I could now see: Today I had my first day in my new job as a night watchman in a zoo! I also had two colleagues, who controlled and guarded the ground at night. We always switched with the tours.

There was an exact schedule.

“And then you go down this path, up to these houses. There you also check whether all doors are locked. You have the general key with you and then in the event of a case, the door can be retired afterwards. Sometimes thieves come across the wall at night, and the fewer doors are opened, the less will be missed the other day.”

He showed me the buildings and a few enclosures, which I had also passed by.

“After the tour you will come back to the guard office and make a brief note that you have done the tour and everything has been checked.”

It had already become dark and we went back to the security office. Once there, I was allowed to familiarize myself with my colleagues. We talked about trivial matters and to celebrate the day I was able to start my first tour.

It was now dark on the paths. There were only on some crossroads a few lantern, since the animals can not sleep properly. So there were always short distances, which were so dark, that you could hardly see your own hands in front of you.

I looked for the reason why I had landed on such a tour. Then I remembered that maybe 15 years ago or so I had often thought to work in a zoo. Not necessarily elephant drowning in wheelbarrows, but some other job would have been okay.

The night watchman was quite well with me, especially as the darkness is often better than the day. Why not sleep during the day and work at night? So I was busy with my thoughts …

Suddenly a black dressed man stood in front of me. He was slightly taller than me, slim, wearing a ski mask. He had appeared out of nowhere and must have also seen me at the last moment. So we were both quite surprised to stand so suddenly against each other in this dark path.

Before I could even make a warning or a question, he attacked me already! He grabbed me by the jacket and hurled me against a tree that was next to us.

I wondered briefly why he had not just fled, but he probably wanted to finish his plans this night. So we straightened each other until he gave up somehow and fled.

I ran back to the security office and told them what had just happened. It often seemed in this zoo that someone rose over the wall and hoped to take something interesting with him. We called our boss and after 20 minutes the boss was already in the office.

“Well, please show me where the incident happened.”

We went to the spot and she took some notes. Shortly afterwards we went together to the control, so that they could convince themselves of my good work. But, foolishly, I had quite forgotten the excitement of closing the said door.

“You may have forgotten to close this door in the excitement. We want to hope that the thief was not in here.”

But it did not look as if he had advanced so far. The argument had apparently finally put him out of control.

Somehow at this point it was all a bit boring and I decided to jump back into my 2nd body… I fell again. Deeper and deeper … When I fell through the ground, I thought to myself, then I was at this speed probably just on the best way. On the other side of the earth in China or Japan…

Suddenly I noticed the presence of a personality. It seemed to be near me and accompany me a bit. Oh, I thought, grinning, presumably the falling comet was noticeable to someone.

A few seconds later, the personality disappeared, or I could no longer perceive it. Then I entered another side-world…

“I never really liked him,” said a man who was standing in front of me and was talking to an older and a younger woman. “Such a son-in-law does not have o be there.”

Somehow, the people here seemed to know me well. It rattled in my head and I tried to arrange it, but I did not succeed very well. So I waited for the memory of this side-world.

“You can hardly change that now. It’s your daughter’s decision…” the older woman said.

I was beginning to suspect that I could be the son-in-law, who was in some close relationship with this pretty brunette.

I looked around. We were in an ice sports hall. At my feet were skates. We stood by the gang and had probably begun the discussion there.

Then I remembered: The attractive brunette had been my friend in my youth. We had been together for several years and then separated. She wanted to make the relationship narrower, marry, build up a family, the complete standard program according to the expectations of the parents and the rest of the environment.

At that time I had no desire at all, and the relationship was broken. Just two months later, she had already a new friend and with him she had the full family program pretty fixed through. It also corresponded to the fact that her father never really liked me because I was a cross-thinker in his eyes, someone who never wanted to raise interest in any career or a reasonable job. He had certainly judged me correctly, but it was amusing at that moment to realize that the trip into the next side-world had brought me exactly into the alternative reality, in which I had decided against a separation and remained with the Brunettes.

We had meanwhile collapsed and, as it seemed, I had been able to convince them not to put children into the world. Today was obviously family day. One of the family days, where her father could once again ignore the ignorant sister-in-law.

I must admit that with my behavior I showed a certain defiance in order to intensify the conflicts. He was shaking with rage. Then he turned away and went on skating. He probably wanted to react vigorously.

Suddenly I changed into a completely different state of consciousness. It was the sphere of the actors!

I already experienced this condition several times. In this particular state, every human being is an agent. There are no victims and no reactions. In addition, direct talks are made there, just like an actor just behind the stage, to discuss the next scene in detail…

My girlfriend and her mother came close to me now: “Watch out, Jonathan, you will get him now to speak up several times, so that everything can break out of him, and he clearly explains what he is doing. Then he can give vent to his rage and maybe he will then be able to accept that you belong to the family.”

My friend nodded: “I will continue to play the sad and injured, so that will drive him even further into the conflict.”

“Well, “I replied,” then I’ll take a little ice skating now and then.” I glanced at him.

The moment our eyes met, he winked at me.

In the sphere of the actors, everyone is informed about everything. His “other” self had been aware of each of our words, but his role as a (father-in-law) father did not have this arrangement at all. She was unaware and we started our plan.

Then I switched back to the normal state – including the others.

The father looked grim again, the girlfriend sad and the mother tried convulsively to mediate. Everyone was again identified with his daily routine and no one remembered the agreement. Only with a difference! I remembered every word we had changed in the other sphere, and it now gave me double pleasure to sell my role as genuinely and believably as it ever went … What a magic!

After I left this world again after some time, I awoke in my bed in the physical body. I was convinced that my physical body lay on my back, but it was laying on the side. I felt a good energy flow through my mind. Such small excursions are always very invigorating …

Support the Matrixblogger...
Readings 72
2022-10-15
Previous Post: Dreamnight: Backdoors of the physical Matrix
Next Post: Brain on LSD: The Pineal Gland and LSD (Part 5)